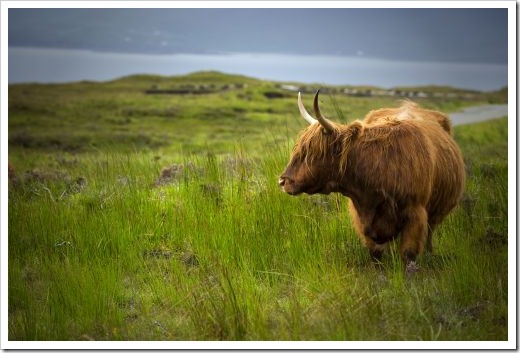 When I was working through my edits for Hunted & Seduced, my editor asked me about my use of the word reivers. Did I mean Reavers, the ferocious race, that featured in the television series Firefly? And wasn’t I spelling it incorrectly?

No, I answered. I mean reivers.

When I started writing the House of the Cat series, I dipped into my past travel adventures in Scotland and decided to invent a race called the Scothage. In Claimed & Seduced one of Keira’s employees comes from the planet Scothage. He looks after her livestock and wears a leather kilt.

In Hunted & Seduced, I again dipped into my Scottish memories and introduced a group of reivers who came from the planet Scothage.

Reivers were cattle thieves. They roamed the border region of Scotland from the 13th to the 17th century, raiding and plundering cattle. The reivers stole from their Scottish neighbors and also traveled across the border to plunder the English. Their main motive was to make money.

One of the most well-known reivers was Rob Roy Macgregor, made famous in the books written by Sir Walter Scott. The truth was romanticized in Scott’s novels and Rob Roy was portrayed as the Robin Hood of the far North. He was captured in 1727 and sentenced to transport to Barbados. Eventually he was pardoned, and he gave up the cattle rustling business to live the rest of his life as a law-abiding citizen.

My reivers are baddies who earn their living by stealing or capturing other spaceships for profit. In this case, they bite off a little more than they can handle.

So, there you have it – the story behind my reivers.

Read an excerpt for Hunted & Seduced