A Visit to the Exmoor Owl and Hawk Centre, England #travel

I’ve always been a big reader. Although I read primarily for entertainment, I learn all sorts of random facts and pieces of trivia. The moment I read historical romances featuring falconry, I was fascinated.

I’ve never mentioned my fascination to anyone, but when we were planning our recent trip to Britain, I decided I’d do some research. I was delighted to discover the Exmoor Owl & Hawk Centre, which not only offered the chance to fly birds but bed and breakfast accommodation too.

The Exmoor Owl and Hawk Centre is situated in a beautiful part of the world, in the Exmoor National Park and not far from the small village of Portlock. 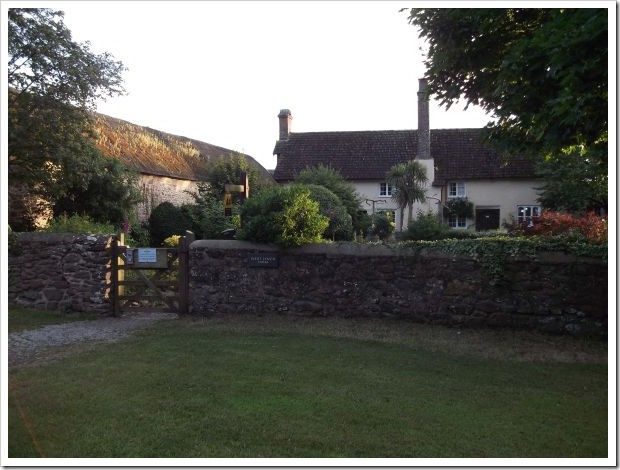 According to their website, the some of the buildings date back to medieval times. It was certainly a beautiful spot and very peaceful. 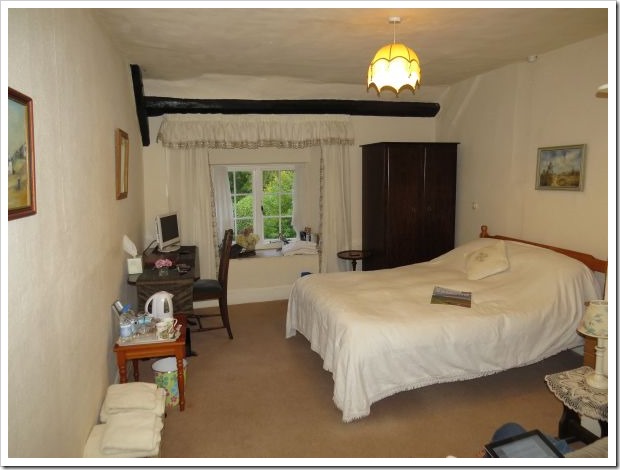 This was our bedroom, which was very comfortable. The breakfast the next morning was delicious and set us up for the morning of owl and hawk flying. 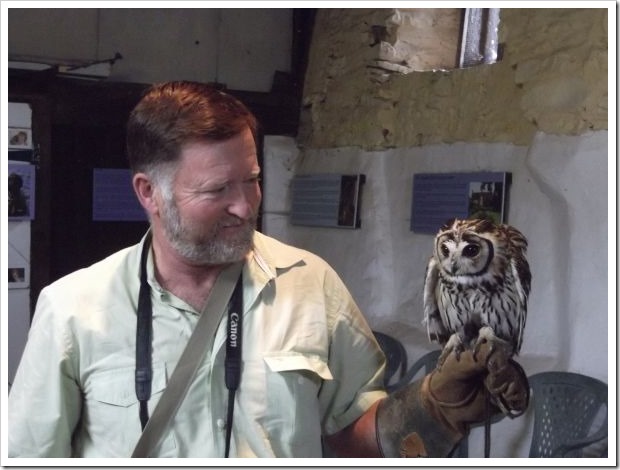 We were given gauntlets plus a pouch full of chicken wings/legs to feed the birds as a reward when they flew to us. You can tell by Mr. Munro’s expression that he was enthralled with the birds. I was too, and would repeat the experience in a heartbeat. This little fellow was beginning to molt, which is why his feathers look a bit ruffled. 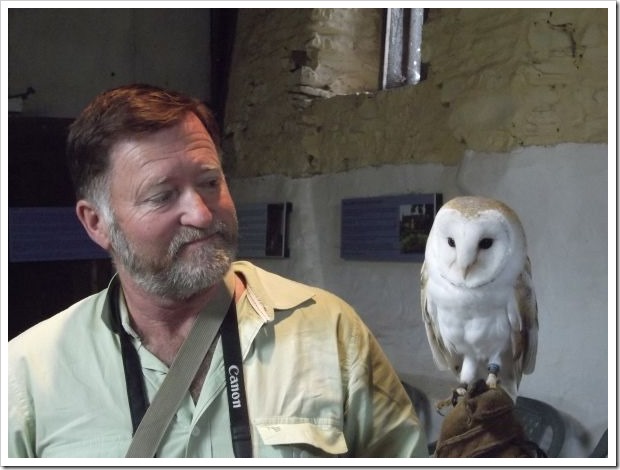 This is a barn owl. He was very pretty, but not very cooperative. Not long after this photo, he flew up into the rafters and refused to return to either of us. 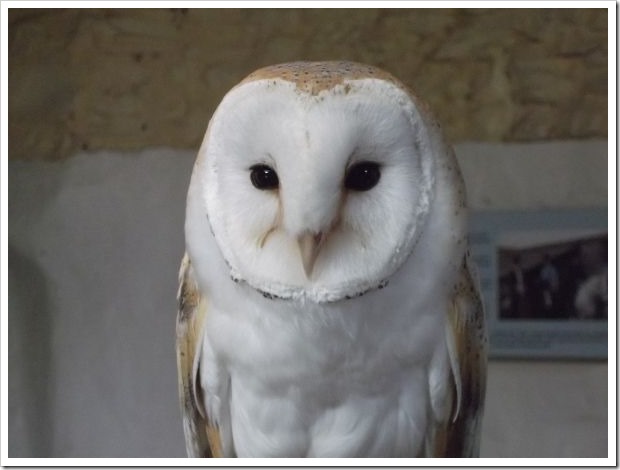 A close-up. Isn’t he handsome? 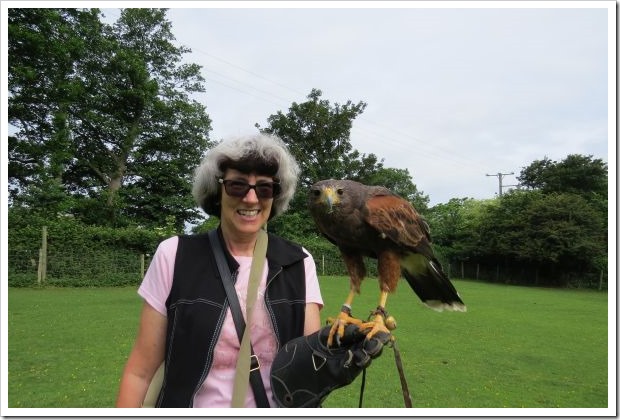 We moved outside and flew this hawk. I thought the birds would be heavy, but it was easy to hold their weight.

The owner of the center answered all our questions, and when he learned we were from New Zealand, he told us about his New Zealand owls. We have only one, commonly called a morepork. Mr Munro and I have seen one when we visited Little Barrier Island, but most New Zealanders have never seen one, although we often hear them call at night. We were allowed to have photos with the morepork or Ruru. 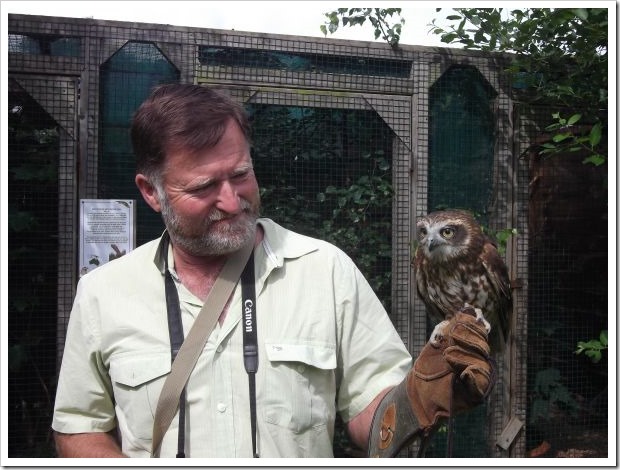 They’re quite a small owl. I’d call them cute. 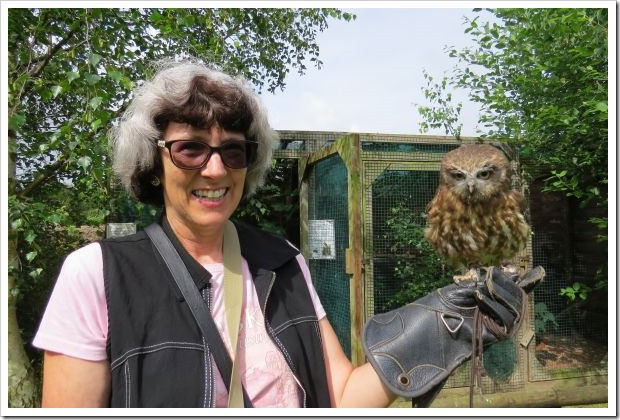 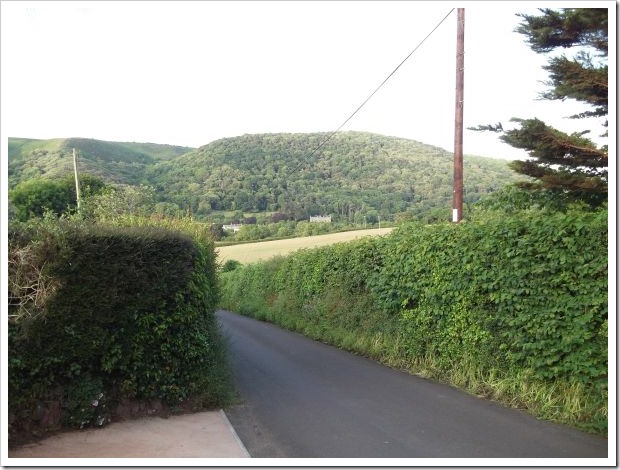 This is a photo of the narrow country lanes and the beautiful countryside. If you’re ever in the Exmoor area I highly recommend a visit to the Exmoor Owl and Hawk Centre. It was a holiday highlight, and a true bucket list experience.

← Like A Little Humor With Your Romance? Newsletter Contest →