The Mysteries of Vegemite 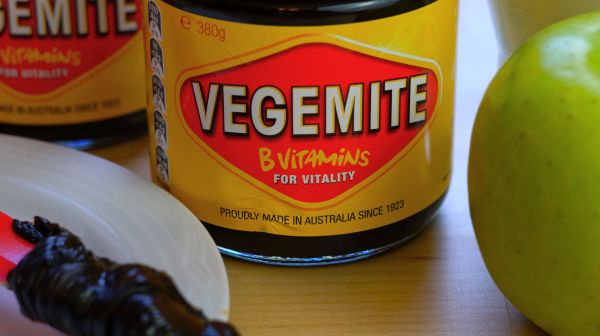 I was doing a final read-through for Snow Moon Dragon, my next release, and I realized I had my characters eating toast and vegemite for breakfast. In fact, quite a few of my characters like vegemite.

Here is the excerpt:

Aware of Nyree’s impatience, he drank his coffee and ate the last mouthful of toast covered with something black called vegemite. It was salty and bore an interesting flavor, although he’d liked the peanut butter better. He stood. “Should I do the dishes?”

I grew up with Vegemite as a kid, as did many other children from New Zealand and Australia. I still eat vegemite on my toast.

So what exactly is vegemite?

Vegemite is a dark spread (blackish-brown in color) made from yeast extract leftover from beer production. It’s flavored with spices and vegetables and was developed in Melbourne, Australia, in 1922 by a chemist called Dr. Cyril Callister. Vegemite is rich in niacin, thiamine, riboflavin, and folate. It doesn’t contain sugar but does contain salt and gluten.

Most Australians and New Zealanders use vegemite as a breakfast spread. One of my favorite edible delights is toast with vegemite and avocado. Yum!

As children, my mother used to make us Mousetraps for an after-school snack. This consists of slices of bread, spread with vegemite and covered with grated cheese. These are then put under the grill and toasted until the cheese melts. Also delicious!

Vegemite is an acquired taste. It’s salty, and it’s best to add it sparingly to toast rather than liberally, something some of my American friends have learned the hard way. * grin*

If you’re interested in trying vegemite, you can order it from Amazon. 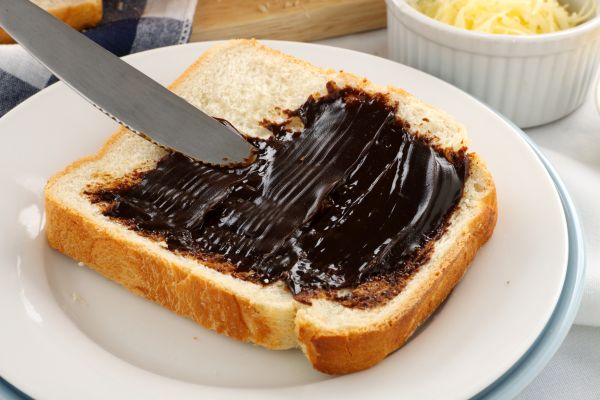 Spreading the iconic Australian spread vegemite on to a slice of fresh bread.

Shelley’s note: This is way too much vegemite for my liking. I prefer about half this amount.