A Visit to South Georgia Island

South Georgia is a small island in the southern Atlantic Ocean. It’s a British territory, and the island’s nearest neighbors are Antarctica and the Falkland Islands.

Until I visited the region in early 2020, I’d never even heard of South Georgia. Now I know what I missed out on! South Georgia is a nature lover’s paradise and will be forever linked with Sir Ernest Shackleton, the great explorer since Grytviken is his final resting place.

It’s not an easy place to reach, and we visited as part of our journey to Antarctica. My upcoming release, SNOW MOON DRAGON, is set mainly in South Georgia.

Our first stop was Fortuna Bay. We went ashore via zodiacs and watched some of the thousands of residents. The air is so crisp and clean, although you do get a whiff of penguin poo. It’s quite a unique scent, but I didn’t mind the aroma. I was too busy checking out the local characters. 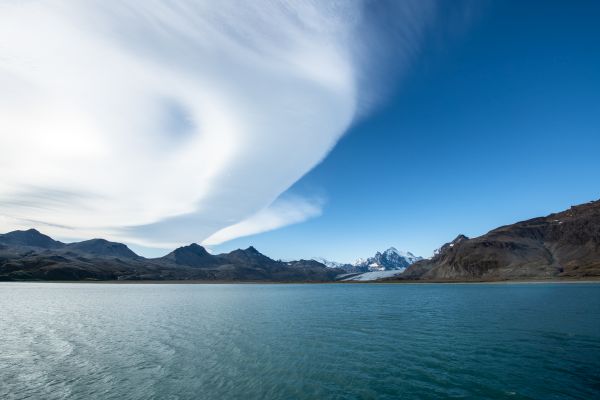 This is the view of the bay from our ship, Le Soleal, which is part of the Ponant fleet. 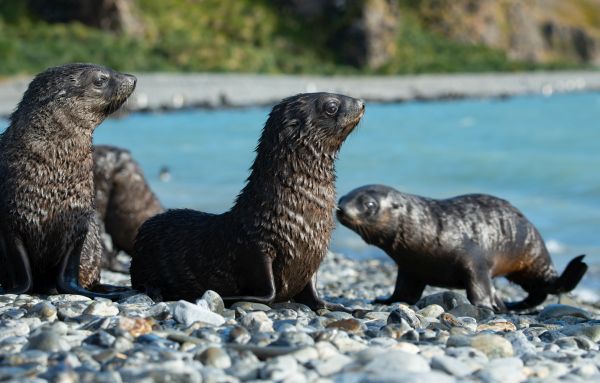 We saw lots of Antarctic Fur seal pups. They hang around on the beach and in the shallows, playing together and waiting for Mum to come home. They’re cute and very curious. It was very hard not to get too close since they seemed to have no fear of the two-legged creatures wearing bright orange coats. 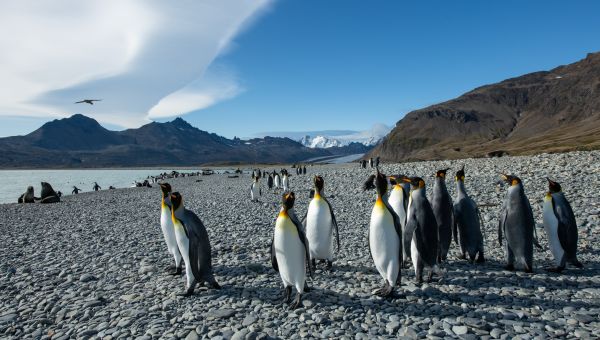 We visited Fortuna Bay to see the King penguins and see them we did. They are magnificent birds. On land, they can be clumsy, but they are graceful blurs of speed in the water. Very difficult to get a photo of a speeding penguin! 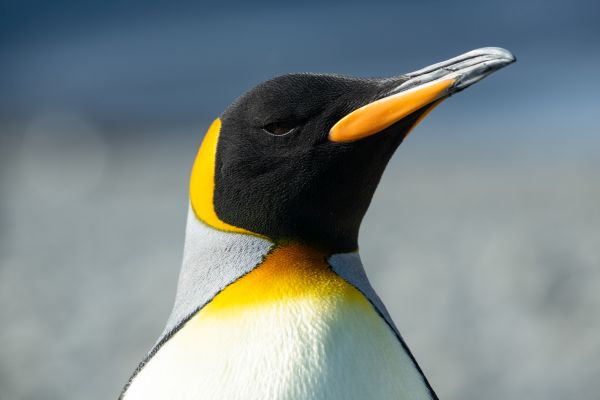 A close-up of one of the handsome penguins. They are striking with their yellow coloring. 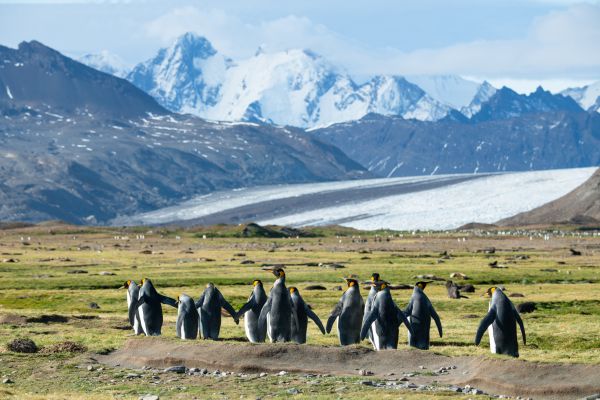 The scenery is gorgeous, despite the lack of trees. Grasses and lichen stud the lower slopes while craggy peaks, some of them covered in snow even during the summer, tower above. In the distance is the König Glacier. 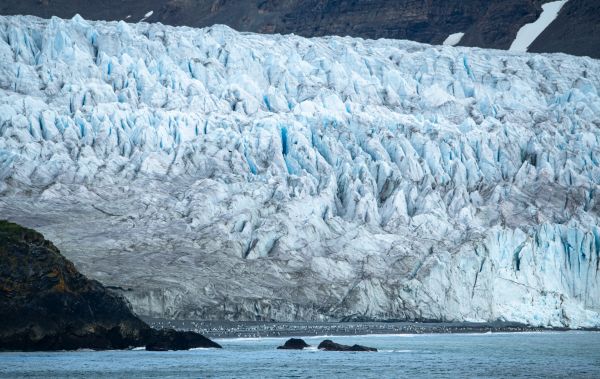 A close-up of the glacier at Fortuna Bay. 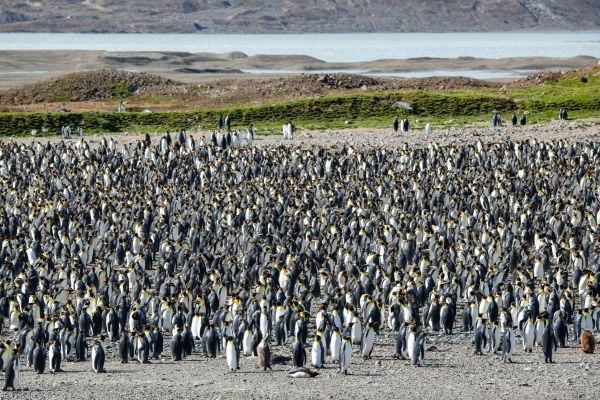 This is a photo of the King penguin colony at Fortuna Bay. It’s said there are over 7000 pairs that make this area their home. 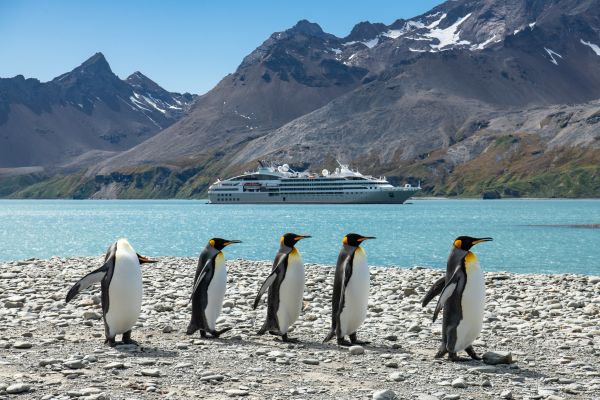 Several of the King penguins strutting their stuff with our ship in the background. Access to the area is limited to one ship and a maximum of one hundred people ashore at the time. We took care to clean our boots and make sure our clothing and footwear were free of foreign seeds and anything that might harm the pristine environment. 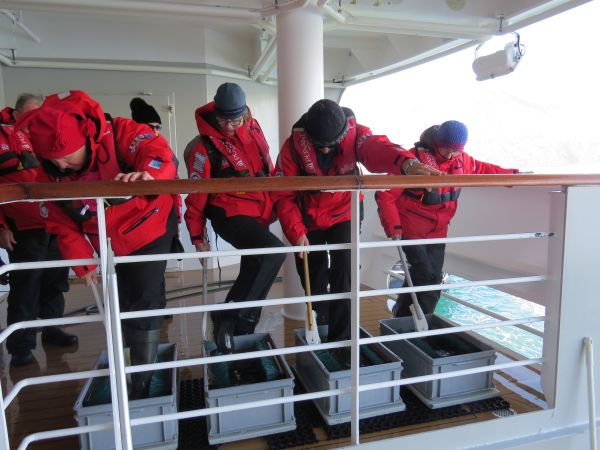 Boot cleaning in action. This also helped limit the “penguin pong,” but after a day ashore, we’d all leave our boots outside our doors. The passages continued to hold the penguin fragrance!