The One About Afternoon Tea

Recently my husband took me to a traditional afternoon tea at Cornwell Park in Central Auckland. It’s always fun setting aside the jeans for something a little dressier and enjoying the occasion. Our afternoon tea inspired my TT this week.

1. We had our afternoon tea at the Cornwall Park Restaurant. They’ve been selling refreshments and cups of tea since 1908. 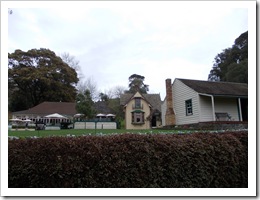 2. Anna, the 7th Duchess of Bedford is said to have invented afternoon tea. At the time most people ate two meals during the day—breakfast and dinner, which was taken late in the evening (around 8 pm). The Duchess started to have light refreshments and a pot of tea in the afternoon. She invited friends to join her and took the habit with her when she returned to London. Other women liked the habit so much, they started to follow suit. Afternoon tea was born. 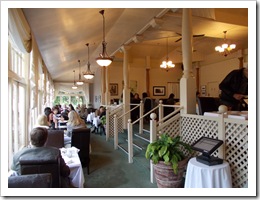 3. A traditional afternoon tea consists of scones (usually still warm from the oven) served with jam and cream, a selection of sandwiches (usually egg, ham, salmon, cucumber) and finished with a selection of delicious cakes. This is all washed down with lots of cups of tea. 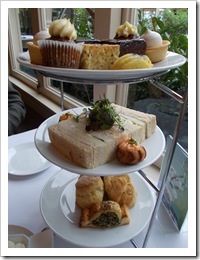 4. Tea was first drunk in China and it’s said that Catherine of Braganza, the consort of Charles II first introduced tea to England.

5. The British government placed taxes on tea, which meant smugglers played a big part in bringing tea into the country. They found that churches were excellent places to hide their smuggled goods. 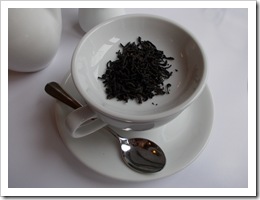 7. No one knows where scones originated, but they’ve always been associated with England, Scotland and Ireland. It’s thought that they most likely came from Scotland.

8. Our scones came served with whipped cream and raspberry jam. Personally, I prefer them with clotted cream. Yum!

9. Clotted cream is thick cream, which is obtained by heating milk slowly and allowing it to cool. The cream content rises to the top in coagulated lumps. It’s decadent and delicious and not exactly good for you

10. John Montagu, 4th Earl of Sandwich is associated with the sandwich. He loved to gamble and didn’t want to leave his game. He ordered his valet to bring him meat placed between two slices of bread. Other men called for meals the same as Sandwich.

13. My favorite place to have afternoon tea is the Ritz in Picadilly, London. It takes place in the Palm Court, and there’s a dress code. No jeans allowed. This is something that must be booked ahead of time—weeks ahead—but it’s well worth it with relaxing piano music and very attentive waiters. Here’s the menu for the Ritz afternoon tea.  I highly recommend this experience if you’re ever in London.

← World Travel and a Takeover Keep on Truckin' →