O is for One Night of Misbehavior 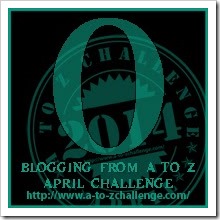 Titles are hard things to pin down—at least I find them difficult, and I can ponder and panic about finding the perfect title for a book for weeks. Titles also don’t begin with an O, but bear with me.

Cinderella is my favorite fairy tale. I guess it’s the romantic in me, but I like the idea of a prince searching the kingdom for his special woman and finding her in the most unlikely place. When I wrote the book that became my first self-published title, I decided to take the tale of Cinderella and give it my own special New Zealand spin.

And that’s when my title problem rose up like a many-headed snake. I thought and wrote lists, I pestered my husband for ideas then promptly said, “no, no, no,” because none of them were right. For a long time I called my story One Night With Zorro, which I really liked, but I worried about the Zorro part of the title and copyright.

Then, one day it hit me—the perfect title.

One Night of Misbehavior.

Here’s the blurb for One Night of Misbehavior, my Cinderella inspired romance, which is set in New Zealand. 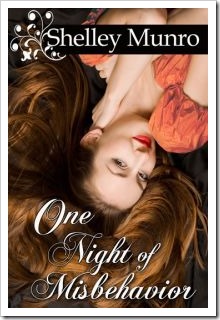 He wears his scars on the outside. She keeps hers safe inside.

Charlotte Dixon ignores her stepmother’s edict and, in an act of disobedience, attends one of the social events of the year—a masquerade costume ball. Charlotte’s naughtiness escalates when she dances and smooches with a sexy mystery man. The night of anonymous passion that follows makes her yearn for a different life, but the next day she’s back to her dull routine of household management.

Advertising tycoon, Ash Marlborough is about to set a private investigator on the trail of his nameless princess when she waltzes right into his place of work. Charlotte is shocked to meet her masked man in the flesh, and even more perturbed when he asks her out on a date. Despite craving another night of sexy loving, she doesn’t have time for a man, not when she wants to reinvent herself and grasp a new, improved life with both hands. But Ash knows what he wants, and he’s determined to win the heart of his princess. Let the dance of seduction commence.

Warning: Contains a conniving stepmother, selfish stepsisters, a grandmother with fairy godmother tendencies and a sexy masked man who is willing to face them all for the love of a good woman.

What is your favorite fairy tale? And authors out there, do you have trouble with titles?

← N is for New Zealand P is for Pavlova →