The History of Confetti 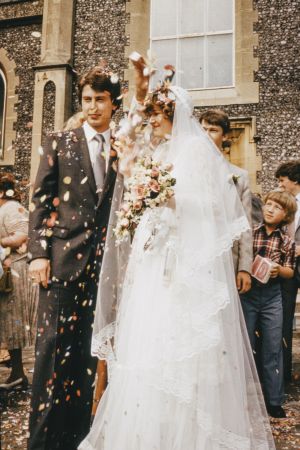 It’s thought that the throwing of confetti started in Greek times when locals would shower athletes and those getting married with flowers and leaves. It was a unique way of sprinkling people with love and excitement and made for a brilliant spectacle.

But it was the Italians who we can thank most. The word confetti is of Italian origin and means small pellets made of lime or soft plaster. It is also the word for sweetmeats.

The Italians had a similar custom where the nobles threw coins, nuts, sweets, and flowers at the crowds. The confetti contributed to a festival-like atmosphere and got everyone excited. It seemed too excited since some of the masses became riled and tossed back stones, rotten eggs and vegetables, and other nasty items. Because the custom upset some and fights broke out, authorities banned confetti tossing for many years.

Paper confetti is more modern, and around 1875 a man saw an opportunity in silkworm farming. The farmers lined the worms’ home with thick paper. As the larvae hatched, they burrowed out of the paper and created small discs. One man saw possibilities, and instead of trashing the paper discs, he sold them for use at festivals and wedding celebrations. He informed people this was a safe and fun way to party.

The British used to throw uncooked rice, or sometimes wheat and barley, to signify fertility. Pelting a couple with rice was meant to bring luck and children into their lives. Having uncooked rice chucked at one can be painful, and the practice fell out of favor when paper confetti came along. 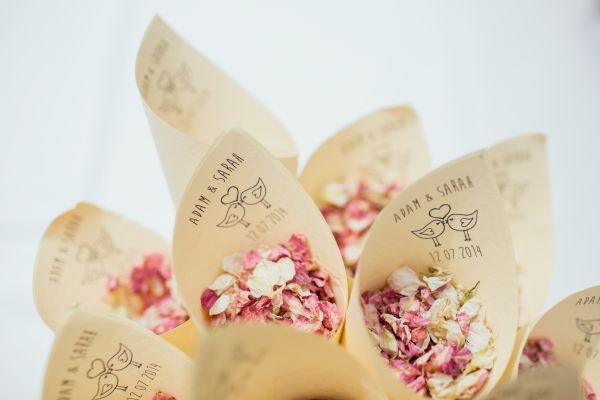 These days, many churches and towns dislike the mess of paper thrown everywhere. Clean up can take lots of time! People use flower petals as a natural alternative, which is where Ada from Operation Flower Petal comes into the picture!

Here is the blurb for Operation Flower Petal.

Since her husband’s murder, Ada Buckingham’s life has comprised one calamity after another, and the hits keep coming, yet each day, she picks herself up and begins again.

Military man Matt Townsend, AKA Frog, expects a challenging assignment when he agrees to train soldiers in tough country terrain. The rules: stay away from the old lady’s flowers and notify her of days or nights with flash-bang.

On arrival via parachute, he plummets into the lady’s flowers. The sexy spitfire who confronts him isn’t the maiden aunt-type he imagined, but man, she intrigues and entices him, and he’s eager to learn more.

Matt is quick to insert himself into her life, and his mission evolves once he learns something is hinky and dangerous in the world of Ada. While he fell arse over teakettle, Ada is slower to believe or trust, but Matt is confident in his charm and brings his A-game. Now all he needs to do is keep her safe.

You will love this latest addition to the Military Men series because it contains a charming, confident, and audacious soldier known for his singing voice—not!—and a brave and determined heroine with a love of flowers. You’ll also find skullduggery in a country town, danger, and gossip aplenty. Sit back with a glass of wine and enjoy the romantic adventure.